5 sure fire ways to create interaction in your workshop 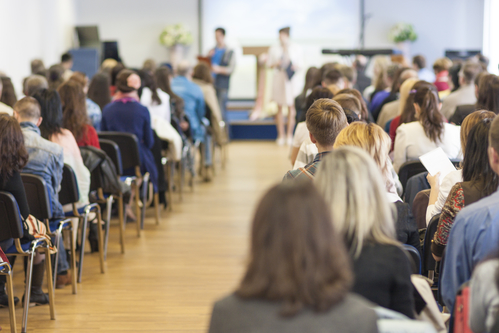 I hate it when people don’t deliver on their promises.

And one of the biggest promises I see un-delivered in the speaking/ facilitating sphere is “Today this workshop is going to be different – we are going to make it interactive.”

I have seen a trend over the years that facilitators and presenters strive for this “interactivity” more and more – to the extent that “Interactivity” has become an end in itself.

For me the idea of “interactive” simply means that instead of simply talking AT the audience for an hour, the facilitator / presenter creates a conversation about a particular topic. They create an environment of confidence and safety, which allows the participants in the workshop to feel comfortable enough to share ideas, and learn from each other.

The problem is many facilitators and presenters seem to think that the simple fact of saying “we are going to make this interactive” is enough to, well, make it interactive.

NO! it’s not enough to just want it to be so, you’ve actually got to do something about it to make it so.

And this is why when I attend a workshop that delivers on this promise, I ABSOLUTELY LOVE IT!

On Wednesday was one such workshop.

On Wednesday, I went to a workshop on the subject of communication.

I spent an excellent hour in a workshop that was truly interactive, and the team did such a good job that I wanted to share with you five things that they did that resulted in a truly interactive experience.

When we arrived at the event, the first thing we were asked to do was pick a card with an image or word that said something about us. We were then invited to take this card and use it as an ice breaker to talk to someone new over coffee and croissants.

Now, why did this work? 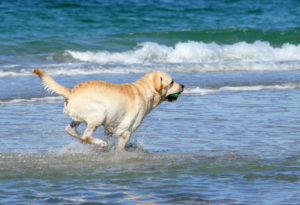 By giving your guests/ participants an easy reason to speak to others at the event, you get folk talking and mingling. By the time you start the actual workshop – well, everyone has already warmed up.

(For info, I picked a picture of a golden lab running and laughing through some waves. For those of you who know me well – this should not be a surprise 😉)

The team has been working on the content of this workshop for weeks – and it showed. They presented different models around blind spots and different communication styles, and they talked about them in a clearly knowledgeable way.

Audiences at workshops are not stupid. They can tell when you are talking through your derrière and are full of hot wind.

But when they know that you know about your subject and want to teach them something, and on top of that you are able to explain the subject in a clear and understandable way, your participants will be ready to share.

#3. A genuine interest in what the audience has to say

Why did this work? It is after all a risk asking such a scary question to the audience right at the start.

Well I believe that it worked not only because the audience were already warmed up by the ice breaker, but because the facilitator genuinely took an interest in the responses that she was given.

This might sound like a statement of the obvious – but we have all been to events where a facilitator might ask a question, but quite frankly they don’t seem that interested by the response, or they look at you as though you have just said the most stupid thing possible.

#4. Dare to try something different 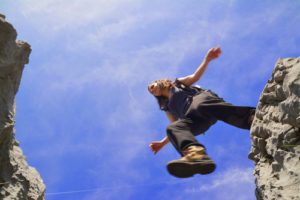 It is a sad fact that in Luxembourg audiences who attend workshops about technical subjects have come to expect to be talked at in big words and with overloaded slides.

It is also a sad fact that many speakers believe that is the only way to present.

Last week, however, the team dared to try something different, and incorporated different exercises for the audience – discussions in pairs, movement around the room, speed feedback sessions.

What I have found over the years is that all it takes is to dare to try something different with the audience, and if you do with enough conviction the audience will generally follow your lead.

The final element that contributed to this was a top class time management through out. The session was run like clockwork – which, sure, sometimes meant we were cut off in mid flow. But you know what – that’s actually awesome.

By running things tightly we (1) got through the material and content (2) knew someone was in charge and would get us where we needed to get to and (3) were left wanting to know more, rather than left feeling resentful that despite the super content we were still going to be late for work and be thrown off for the full day.

So, next time you are organising or running a workshop, take note of these suggestions and maybe you could include some of these elements to make your event a truly stupendous success!