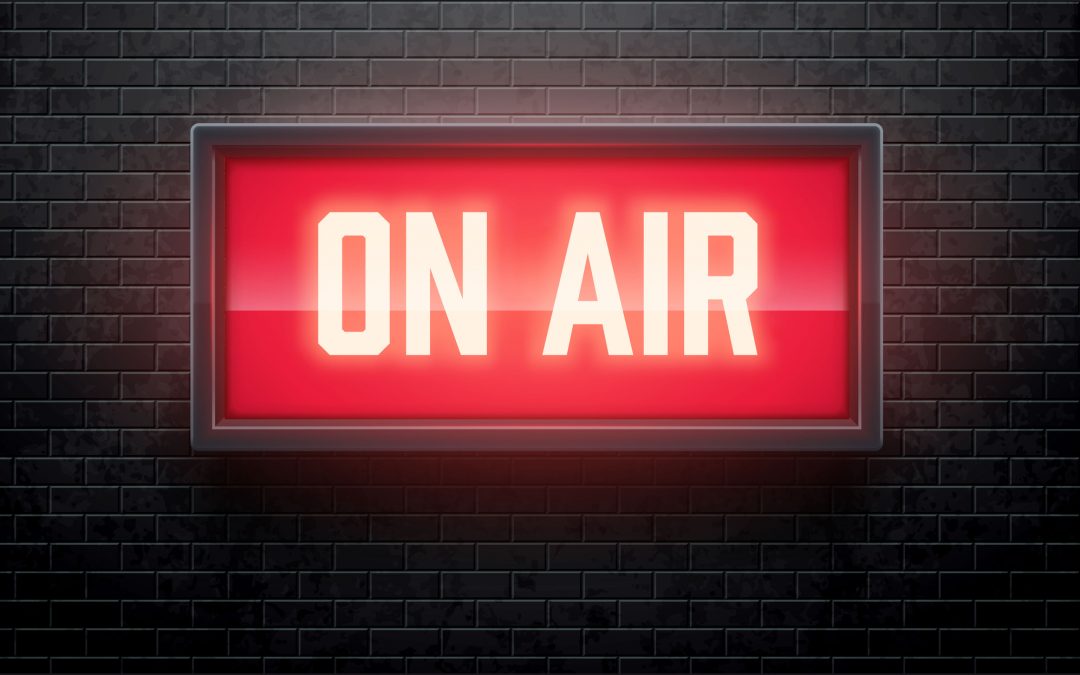 Yes, earlier this month I was excited to be interviewed on BBC Radio Ulster – LIVE – about the book and my journey back from burnout.  It was such great fun and the time flew by.

If I write about it, though, it’s not just to brag.

It’s also because I notice how far I have come since the first interview that I had – back in 2017.  And that wasn’t even live.  And I realise that there are things I have learned since that first interview, that I wanted to share with you, because they might be of use to you too.

The first time I was interviewed

Back in 2017, when I became Chair of the British Chamber of Commerce for Luxembourg, Delano magazine in Luxembourg wanted to interview me.  As an English speaking magazine it was a pretty normal thing for them to want to do – but I was downright terrified.  Terrified as in tears streaming down my face and hyper ventilating at the thought of doing it terrified.

I got in my head completely and started to convince myself that everything was riding on this interview – including the future of the Chamber.  Yes, I convinced myself that if I messed up, that really bad interview would reflect badly on the Chamber and ultimately bring it down.  The Chamber that by that stage had been around for 25 years …

Sure I went ahead and did the interview and everything was fine.

But not before I had spent days in this spiral of fear.  I still remember just how hard the fear and the nerves hit.

Problem is, as I am sure you know, when the fear and the nerves hit, all sane and rational thought can go out the window and all the crazy and ridiculous stuff can come in the front door.

The incessant worry thoughts and the self-doubt and second-guessing can be exhausting.  All the things that we choose not to do because of the fear can become limiting.

And the worst thing can be when we beat ourselves up for being afraid, so instead we ignore the feeling.  That sounds counter intuitive – being in a spiral of fear, and yet refusing to admit that I was afraid. Rather I was being pig headed about “just suck this up, get through this, don’t be a woos!”

For a very big part of my career, I thought I had to always have everything worked out, never show fear.  So I squashed down the fear and refused to feel it.  Problem was, my body felt it.  And me squashing it down did nothing to relieve it – instead it started to leak out in the form of OCD, and panic attacks.

All contributing to my later burnouts ….

So, how come this interview in 2021 was any different?

There are a couple of reasons why this interview was different and was actually a whole lot of fun.

Firstly, I have also done a lot of fear work in the last couple of years – work to actually recognise those moments when I am afraid or worried, and to accept that as a human emotion – and instead of shoving down that fear because I didn’t want to look weak or become a target, actually name the fear.  Acknowledge the fear.

Bizarrely, I have learned that as soon as I name the fear, it seems to be a lot less scary.

Now when I am nervous about an interview or something coming up, I allow myself to say “I am worried about this.  Because I give a shit about it.  But I am not going to let that fear rule me”.  And I take a few breaths and calm my mind.  I no longer believe the worry thoughts to be true, and now I just recognise them for what they are – merely thoughts.

Secondly, I have done a bunch of interviews and podcasts and FB lives over the last couple of years, and I have learned that I cannot control how other people are going to react to an interview I do, or a Facebook live, or a presentation or speech.  Even this blog post right now.  I cannot control whether you will like it or hate it, even whether you will actually open the post and read it through.  The only thing I can control is how I stand up and show up and deliver what I have to say.

As a result of that, I have let go of the need to please or impress everyone else when I am speaking in public or doing an interview.  I just have to be true to myself and my values, do the best that I can do, and deliver the best that I can for myself.  What I have found is that when I do that, I am so much more successful at being myself than I ever was trying to be someone else I used to think I had to be.

If other people actually like what I am doing – well that’s the cherry on top.

Thirdly, with all that in mind, I no longer try to anticipate every single possible eventuality.  Yes, I like to prepare well, but I cannot spend hours thinking of all the things that can possibly go wrong with an interview or a presentation.  Instead, what I can do is prepare my talking points well, and how to answer tough questions should they come up.

I get clear in my head what my message is going to be.  For every interview or speaking gig I systematically work out what the key message is going to be for that particular audience.  (If I don’t know who the audience will be, I have a conversation with the organiser of the event or do research on the programme/ podcast to find out that information).

Having worked out the message I want to get across, I also think about 2 or 3 key talking points that will lead to or reinforce that message.  For each talking point I also identify a couple of stories that I can use to make the interview really personal and something that will resonate for anyone listening or reading.  For those stories to resonate I choose them depending on the  audience that will be listening or reading.  For the radio Ulster interview, for example, it went out in the middle of the afternoon.  That audience of people listening primarily at home on a Monday afternon are going to be different to the audience for the interview on Cool FM that was destined for entrepreneurs and business owners.

How does that help you?

So, how can that help you, dear reader, as you prepare for an interview or any other speaking gig?

I hope these tips are helpful, and I hope you would like to listen in to the interview.  It’s only 15 minutes long, and you can find it HERE.

Sending love from Belfast as always,